Self-driving startup Voyage, a spinoff from the online learning platform Udacity, founded by students and teachers, shows its first vehicles driving on roads. The young company uses multiple Ford Fusion and the founders describe in a detailed blog post the hardware used.

The vehicle’s brain is formed by a Gigabyte AORUS motherboard with an Intel Core i7–7700K Kaby Lake Quad-Core 2.4GHz processor and a NVIDIA Titan X GPU. The processors come with  64GB RAM and 3TB of memory, distributed over three solid state drives for redundancy purposes.

The operation system is a Ubuntu distribution of Linux with Docker containers, and the Robot Operating System (ROS) for faster prototyping of perception, motion planing and control.

The sensors used are LIDAR, radars, RTK GPS and cameras, that pipe through the CAN-bus the data to the processors. Power comes from the Ford 12V batteries..

Here are some pictures of the cars. 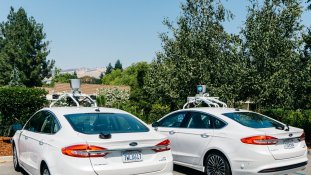 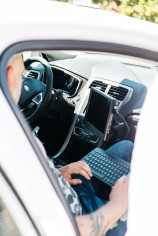