A Lexus SUV, and not one used by Waymo, was spotted in downtown Palo Alto on University Avenue. The vehicle was unmarked and didn’t say which company is using it, but it had an Illinois license plate.

The car itself had several sensors attached. In front there was a central camera with a fish-eye lens and two radar sensors. The back was similarly equipped. In the mid of the car was also an ultrasonic sensor. On the roof a lidar – like the ones that Google deployed ca. 2010, before it moved to its own developments – and another forward facing camera. Also two high precision GPS were on the roof. On both sides were additional sensors, that look like cameras. 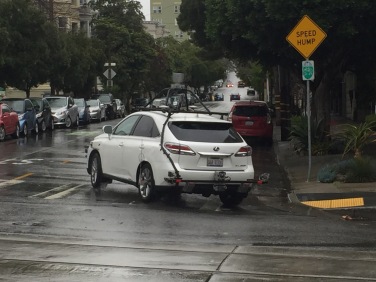 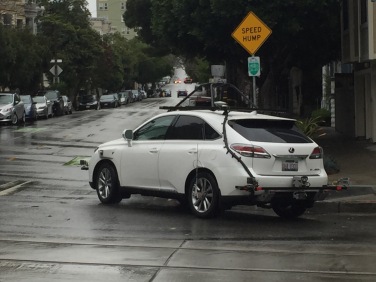 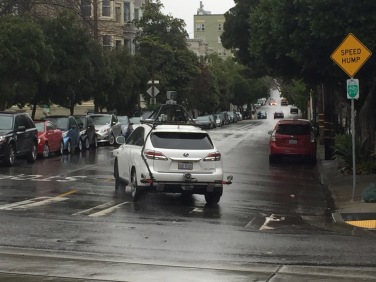 AutonomoStuff, a company based in Illinois, has specialized to equip autonomous test vehicles with sensor kits. The vehicle’s license plate may hint at an involvement from that company.

Any hints, what company may be testing with this vehicle?

Update: the same car was spotted the next day in San Francisco at Duboce Park.

Update 2: In April we learned that it was an Apple car. Read more here.