Drive.ai, a startup that originated from alumni of Stanford’s AI Lab, has at least two autonomous vehicles, packed with sensors, on the road. I encountered them this afternoon at the company’s headquarter in Mountain View. One of the car is the Lincoln MKZ, that I have blogged in the past. The other one, parked in the garage, is an Audi.

The images give us a glance on the mounted sensors that’s a bit different from what we are used from other makers. We notice six lidars in a row on the top, as well as two cameras on each side pointing to the left and right. We can also notice two forward facing cameras between the six lidars. Another camera is mounted on the front of the car. 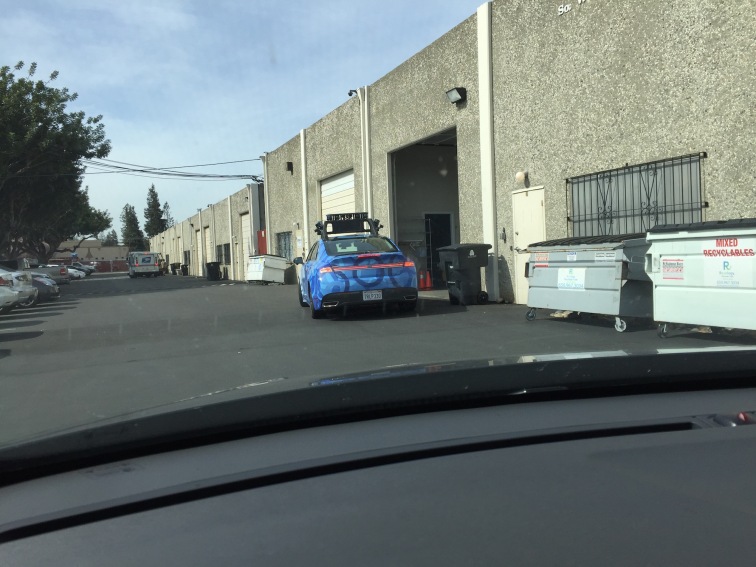 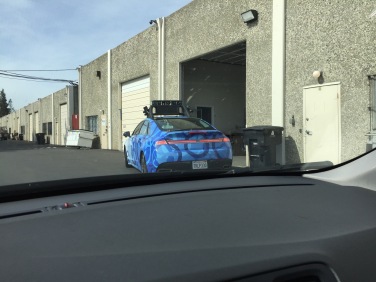 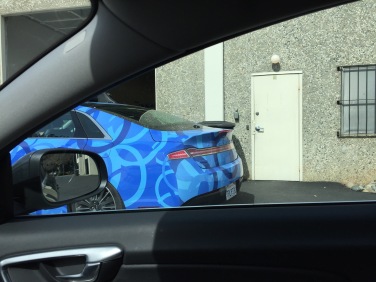 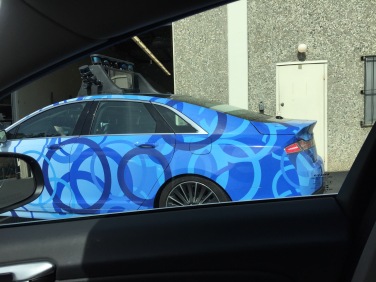 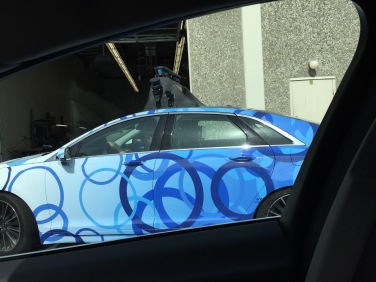 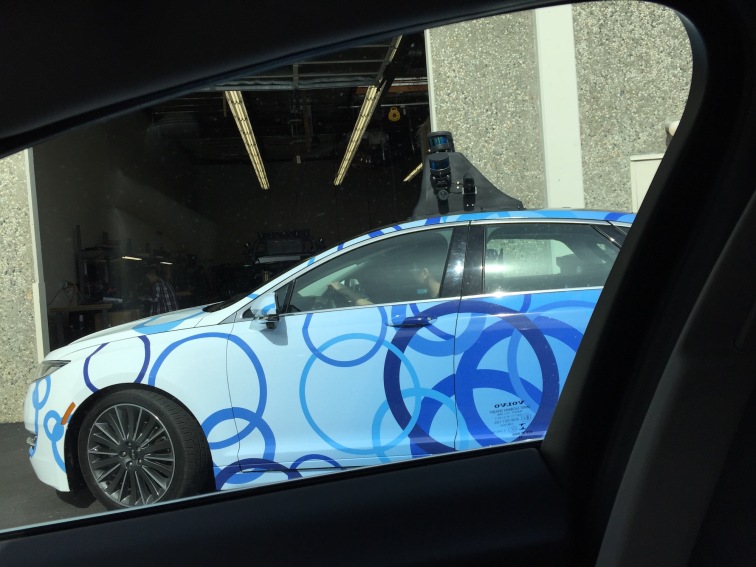 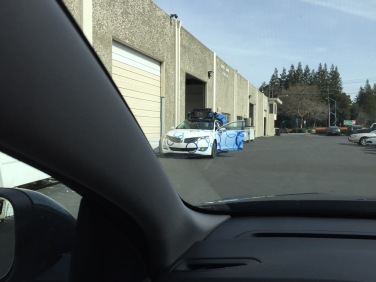 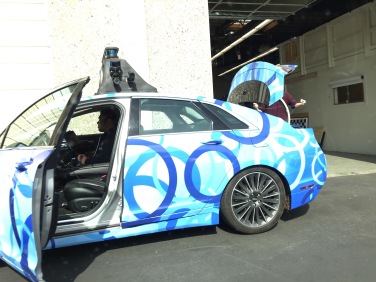 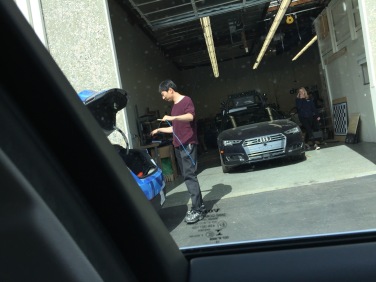 Drive.ai posted just a few days ago a video of an impressive test drive in Mountain View during a rainy evening on YouTube.

UPDATE: Frank Ramirez provided more pictures that also explain the way the sensors are mounted. The mount contains a display that shows text in order to communicate to pedestrians. 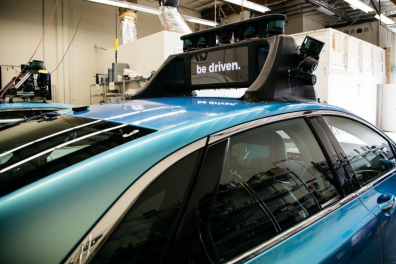 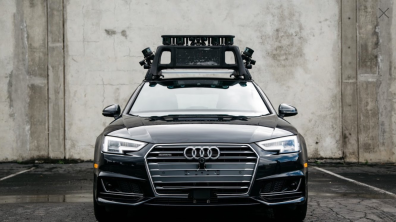