The test operation of a Keolis mini shuttle ended after only two hours in a crash, as reported by Las Vegas Now (Video inclusive). A semi truck missed the stopped mini bus while backing up and slightly touched it.

None of the passengers was injured, the collision happened at very low speed. As seen with many other collisions and accidents involving autonomous vehicles, mostly the human driver of the other vehicle was to blame for the accident.

The mini shuttle suffered only small damages and is scheduled to continue operation by tomorrow. 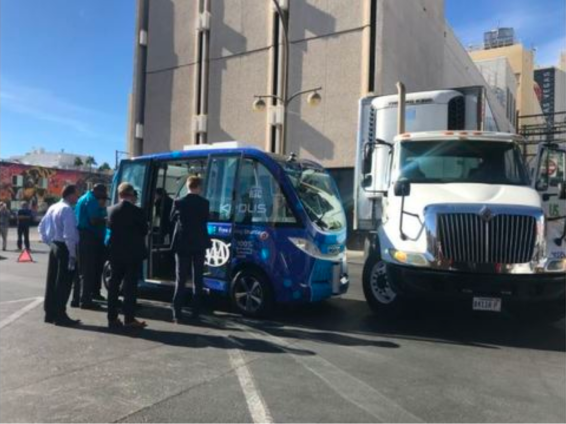