For a few days residents of the city of Hagen in North Rhine-Westphalia may have noticed smoother traffic than usual. At a section of Feithstraße Siemens developers are testing artificial intelligence to control traffic lights and optimizing them according to the current traffic.

So far signal lights had been pre-programmed for a speed of (for instance) 50 kilometers per hours. The idea was to ensure smooth traffic, when a driver stays within that speed. it would guarantee the vehicles to zoom through a wave of green traffic lights. This idea is from the 1970s, and the programming was done in that decade as well, based on the traffic patterns back then. But those hard-coded if-then-relationships could not adapt to actual traffic.

The result were traffic jams and waiting times. And such jams can add significantly to emissions. Waiting and accelerating cars emit more pollutants than in a smooth ride. Such a solution could help communities and cities to avoid Diesel-bans and give them an additional tool to curb emissions.

David Borst is the mastermind behind Siemens’ tests with AI. In a field test he and his team connect five traffic lights and let their neuronal network access data from induction wires and cameras to identify how much traffic there is. Those sensors allow the AI to adapt the traffic signals according to traffic.

A first test that took place for several hours showed promising returns. The performance indicator measuring traffic flow increased by two points from 79 to 91. In a second field test over several weeks additional tests are scheduled.

David Borst presented his results today at the Intertraffic 2018 in Amsterdam. 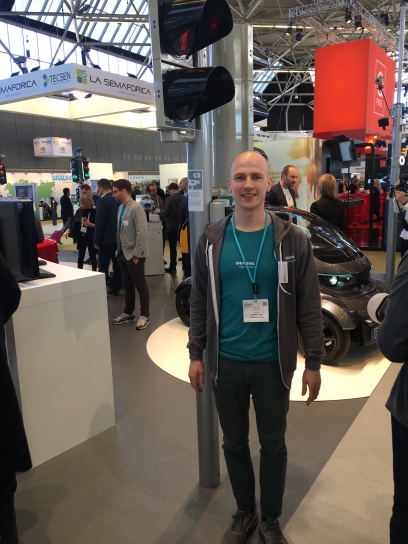 David Borst from Siemens at the Intertraffic 2018 in Amsterdam 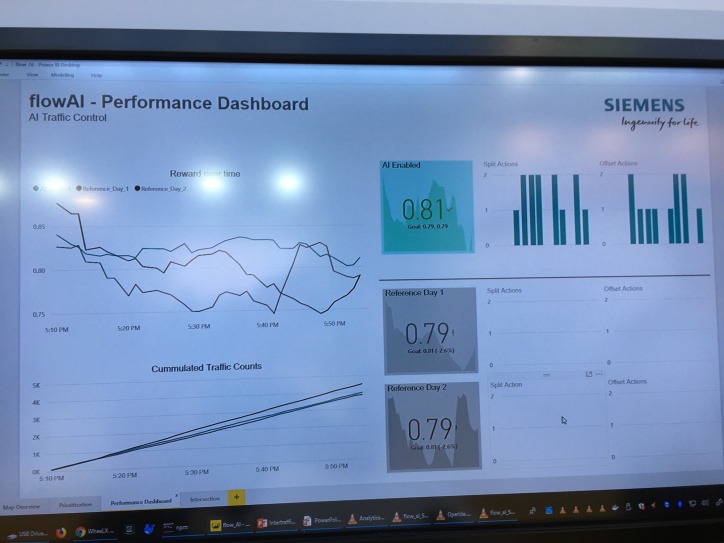