A few meters forward, and then a few meters back. That’s about the most ‘complex’ driving scenario that the Mercedes-Benz Smart Vision EQ performed in Las Vegas. To be more precise: the ‘complex’ maneuver that this vehicle performed ‘remote controlled.’ But let me start from the beginning.

CES is over and like never before it became clear that autonomous driving is here. It’s not just a handful of companies working on it, it’s a tidal wave that’s hitting us. Alone the list of companies that operate autonomous taxi fleets in test mode with passengers is overwhelming. Waymo has driven four million miles in autonomous mode in city traffic. Uber just reached two million miles. 50 companies test with more than 1,000 cars on California’s roads. GM alone has 130 autonomous cars in operation.

German car makers do also have test licenses for California, in fact, already for a pretty long time. But so far little or nothing has been shared. And if, then mostly announcements or very limited reports from journalists. The more often we get only hesitating responses, the more we ask, what exactly the German car makers are doing?

A report from a test ride at CES by The Verge tech-journalist Sean O’Kane gives a deeper glimpse. And it shows us Mercedes’ astonishing low level of ambition. With huge showmanship two of four lanes at the Strip in Las Vegas were closed for the Smart FourTwo vehicle. For the feat of rolling forth and back for a few meters. With the breath taking speed of 12 miles per hour.

As a rider you cannot steer the car, because – as a concept for an autonomous car – it doesn’t come with steering wheel or pedals. But the car doesn’t steer itself either, because for the apparent reason that a concept car like this does not have enough space for radar, ultrasound- and Lidar-sensors, or cameras. You know, the usual stuff you need for today’s autonomous cars. Mercedes had no better idea than remotely controlling the car. But this with fanfare.

Sean O’Kane, who’s the one on the test ride, himself cannot believe what Mercedes put in front of him. While he’s trying to find the positives and calls the concept ‘sweet’, readers can read between his carefully selected words that the high effort of closing the lanes with police, assembling multiple camera teams accompanied by Mercedes-Benz staffers, and the result – driving a few meters forward, followed by driving a few meters back – elicit nothing more than skepticism. Really, Mercedes? While Navya, Aptiva/Lyft, or Torc shuttle conference attendees from their hotels to the conference center in autonomous cars? And this is the best what Mercedes-Benz can show at the CES? 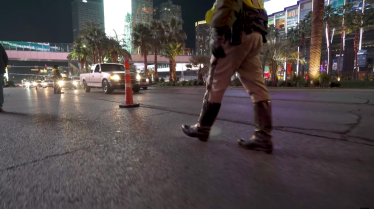 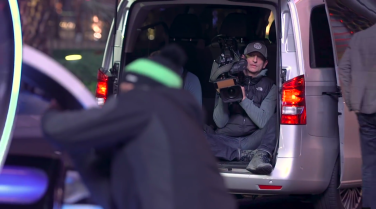 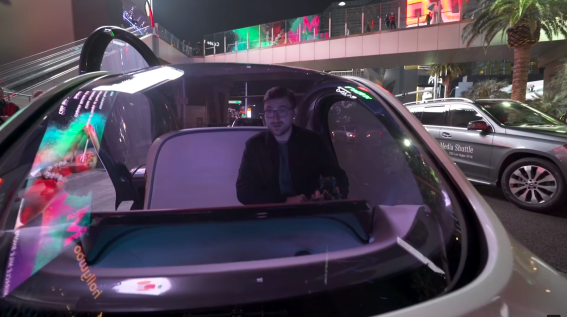 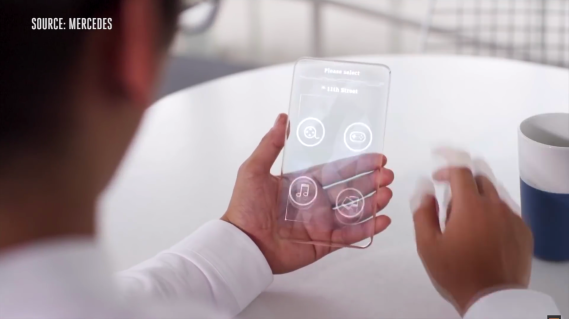 It must have been somehow similar when Carl Benz – before the daring ride of his wife Bertha Benz – who drove the Motorwagen 1 only a few meters forward and backward on his property. No surprise here that initially nobody was willing to acquire a car. If Bertha Benz hadn’t taken her two sons and the car and driven it to her mother in Pforzheim, Benz would have been nothing else than a footnote in automotive history.

And still I am again and again told by German automotive managers that the German manufacturers are ‘more advanced,’ but they ‘are not talking as much about it.’ Americans ‘talk much more,’ and ‘there is a lot of marketing’ in the game. Initially you are willing to believe, but the more often and the longer you hear those excuses, the more hollow they sound.

At the CES Navya, Aptiva/Lyft, Torc, Phantom.ai and God knows who else were driving their self-driving cars around, giving rides to conference attendees and journalists. Every three-people-startup has self-driving cars on the road in public. In the cities, the highway, on country roads. Only from Mercedes, VW, and BMW you can’t see anything, but only you hear their excuses.

From Sean O’Kane’s face, who’s keeping his friendly smile as expected from a polite American, one can read the what he is saying between the lines. Here is my translation: “Really Mercedes? That is the best you can do? Did you even take the time to look at the exhibits of the automotive startups and see what they are showcasing? And you show me this piece of crap? A remote controlled car? Displaying my Twitter-feed?”

They don’t want to. And they can’t. I don’t even know what’s worse.

Engineers at Mercedes-Benz with whom I talked about another one of their concept cars, the F015 – kind of a ‘Swarovskified’ high gloss concept of a seemingly autonomous car – told me that the F015 was also either remote controlled or the path hard programmed. The aim was to give their big boss the impression what they are capable of doing. They achieved less that every autonomous driving startup can do after 4 weeks. Mercedes-Benz seems to have turned into the German version of Potemkin Villages.

No surprise that there is employee churn. Young engineers starting with Mercedes at those new topics are quickly leaving, once they realized that the activities only garner half-hearted support, and are done mostly for PR-stunts. The company erects too many internal obstacles. And that is something that over long term can ruin your professional reputation and career, if you compare that to the speed that others develop the technologies. As self-driving engineer at Mercedes-Benz (or VW or BMW), you risk the devaluation of your professional reputation. A recruiter might deduct points from your resume realizing that you wasted your time at those old companies during a time, when the car industry completely changed and you didn’t work with the disruptors. “Were you not good enough to work at the disruptors who had more impact, while you had to stay at Mercedes-Benz?”

A few times I had the pleasure of having some drinks with them and after a few weeks working at Mercedes-Benz, reality had already hit them. Their enthusiasm and motivation was gone. And they didn’t waste time, and left. In times like these, chances are everywhere and you want to be part of the revolution, and not the disrupted.

While official Mercedes-Benz-representatives (and that’s true for all traditional automakers) choose all the right words about autonomous driving, electric vehicles, and car sharing, you can feel from the way they say it that their hearts are not with it.

The Smart Vision EQ shall show the concept of what we can expect from cars in 2030. But these won’t come from Mercedes. Given the lack of ambition – I almost had said they are not moving their asses – we won’t have a company called Mercedes-Benz around anymore in 2030.