Last week the well-known Pebble Beach Concours d’Elegance took place in Monterey in California, where automotive legends had their tryst. Perfectly maintained elegance from the automotive history meet their newest counterparts in elegance and glamour.

Daimler was there as well, with a homage to the Model W 125, better know as Silver Arrow, from 1937.The single-seater from 2018 named Vision EQ Silver Arrow differs in one essential element from its ancestor: it’s electric. According to the manufacturer thee car has a range of 400 kilometers thanks to 80 kWh battery pack on the car’s floor. With that the car brings 750 horse powers on thee streets.

According to Daimler’s Chief Design Office Gorden Wagener, Mercedes-Benz has been a pioneer in terms of speed already back then 80 years ago. The Silver Arrow, piloted by Rudolf Caracciola, has held the speed record until 2017 for fastest car on a public road, reaching 432.7 km/h.

Another detail to mention is the car’s augmented reality system, which allows the driver to race against virtual drivers on a virtual race track that’s visible on the panorama display. And those who can’t do without, the car can also emit dinosaur juice-style engine sounds, either from the current Formula 1 Silver Arrows or an AMG V8 engine. 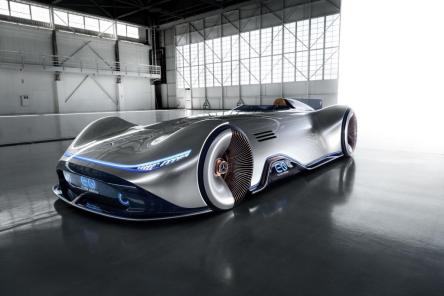 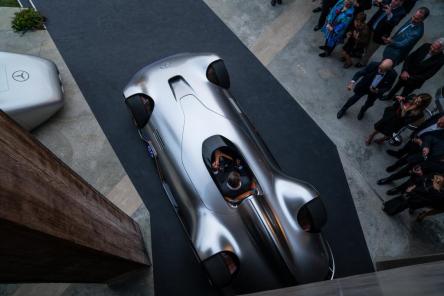 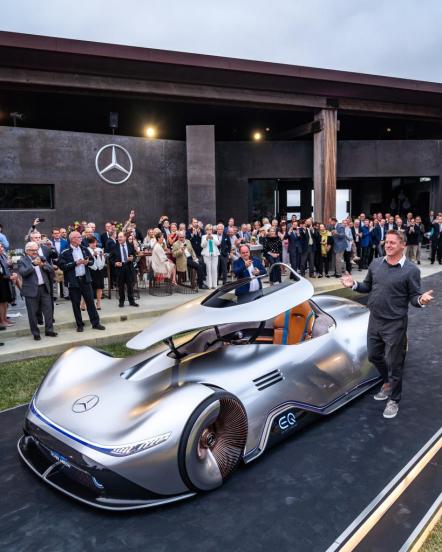 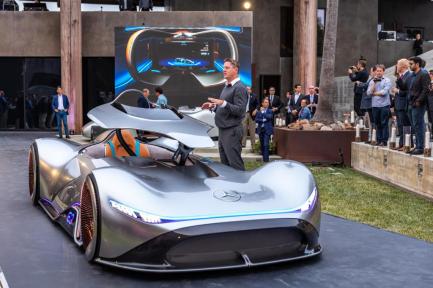 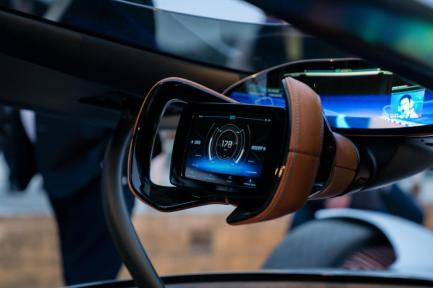 As beautiful as this car is, and as much as it will remain a concept car, it’s getting tiring. This electric Silver Arrow is nothing more than a smoke-ball, distracting from Mercedes’ lack of a practical electric vehicle offering. The same strategy is used in regards to autonomous driving, where Mercedes is presenting one vision after the other, like the one at the CES in Las Vegas in 2015 with the F015, followed at the same event in 2018 by the even more pathetic Smart Vision EQ.

The Vision EQ Silver Arrow shows one thing very clearly: the heart of the car maker is in the design of such streamlined cars, with a male audience aged between 30 to 50 years, but not in improving the automotive world by building the better, artificial driver, or by developing sustainable propulsion systems. Creative energy and engineering feats are wasted on such concept cars, but not for improving mobility.

Slowly those concept cars become a luxury that one would not expect or affordable for a Swabian (the Scots among the Germans in regard to money spending habits) car maker. Those cars pull more and more mental energy and attention from the ever-more urgent gaps to the best. Battery competency, closing the large chasm to thee leading autonomous car companies, and creating a digital-centric designed car.

And here is a video of the event with the car featured: