Tesla has been in the news lately a lot. And not in a flattering way. First, a severe accident with a Tesla in Autopilot mode. Then a (supposedly) inappropriate April fool joke by Elon Musk talking about Tesla’s bankruptcy. Then the up and downs in reports on the savior Model 3, which once is hailed as the best car ever, then the worst thing on wheels ever invented. And now the production numbers missing Tesla’s own goals.

Let’s take a look at the news and the background. Also the question of ‘Cui Bono?’ must be kept in mind.

A fatal crash with a Tesla Model X in Autopilot mode on Highway 101 led to rumors that the Autopilot is far not as safe as Tesla promises. The vehicle crashed against a divider, separating two lanes from each other. One lane led to an overfly, the other continued on the highway. The reason seems to have been a malfunction of the Autopilot triggered by the the bad conditions of lane markings.

Several Tesla owners have since reenacted the crash, no very safe and therefore not recommended.

The fact that the crash happened after the fatal Uber-crash didn’t help in the public perception.

But the Autopilot is not more than a driver assist system. And Tesla drivers are aware of that. A disclaimer is displayed every time they are using this functionality and made aware that they have to be able to take over control of the car any time.

According to German press Tesla-CEO Elon Musk has thrown the last remainders of good taste overboard when tweeting that Tesla is bankrupt on April 1st.

Tesla Goes Bankrupt
Palo Alto, California, April 1, 2018 — Despite intense efforts to raise money, including a last-ditch mass sale of Easter Eggs, we are sad to report that Tesla has gone completely and totally bankrupt. So bankrupt, you can't believe it.

With that tweet he certainly hit a nerve, because bankruptcy has been a constant theme for the Tesla critics. Hardly anyone wants Teslas, Tesla keeps making losses, it won’t amount to anything, Tesla is close to bankruptcy. At the same time everyone is scratching their heads why Tesla is worth so much.

We could write about humor – and I know a bit having won a standup comedy award some years ago, and published a satirical magazine – but is Elon Musk’s type of humor still surprising for people? It’s not totally unknown anymore that Tesla’s Model letters are spelling S, 3, X, Y and that Elon Musk just started selling flame throwers.

Take it as what it is: an April fool joke. And the more people feel emotional aggravated, the better it apparently was.

The best car ever built! The worst piece of crap since Lada! If you have read the test reports, one keeps wondering. What now? The answer is multilayered and has to do a lot with the understanding of quality and the expectations of the testers.

The Model 3 certainly is a revolutionary vehicle. Its interior is so clean that every other car looks like a steam engine. No button, no unnecessary lever, no dashboard. Just a big touchscreen in the middle, which controls everything.

What many don;’t understand is that the Model is is already designed as an autonomous vehicle. A photoshopped picture of the vehicle’s interior makes that obvious. Remove the steering wheel and the pedals and that’s how it looks like. 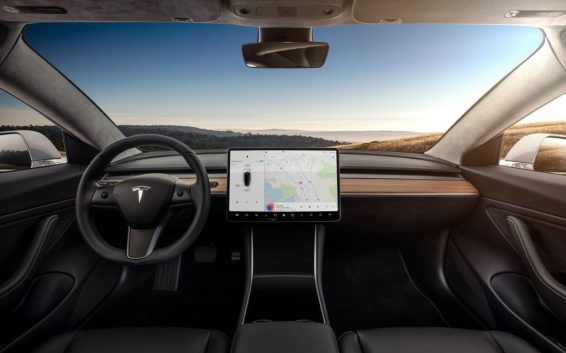 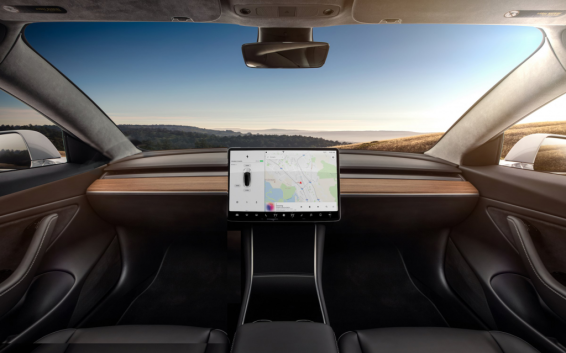 Compared with vehicles of other vendors the focus becomes clear. The Model 3 is a new category of cars, similar to the one that Gm wants to introduce by next year with the Chevrolet Bolt: the steering-wheel-less autonomous vehicle.

With that traditional quality criteria like gaps and precision in metal production become less important. More important will be the quality of the self-driving technology. And even if there are accidents in Autopilot mode, and those errors have to be corrected, today’s Autopilot is already 40 percent safer than human drivers.

People also forget with this argument line that it’s not important how pretty the leashes are and how great the horse, but how reliable the engine is.

No other car maker has that many cars with an Autopilot Hardware Kit 2 and such an advanced Autopilot system in customers’ hands. The blame and outrage of traditional car makers and their minions are detracting from their own shortcomings.

And at last the production numbers from the first quarter 2018. Tesla reported the following:

A total of 29,980 vehicles. Of significance are the numbers for the Model 3 of which Tesla is aiming to reach 5,000 per week end of the second quarter. For the last week of the first quarter Tesla achieved 2,020. Targeted were 2,500 cars.

Did Tesla fail? Yes and no. Yes, because they couldn’t reach their own goals. Given the number of pre-orders of 500,000 vehicles, the waiting times of hopeful soon-to-be-Tesla-owners is not getting shorter. No, because the increase in production numbers is visible and comparably great. I mean, really great.

For that we have to remind us of the original goals and what the competitions is doing. Tesla had a different production time line before the pre-orders started. It was supposed to start end of 2017. Because of the surprising success with the pre-orders, Elon Musk pushed the production start to half a year earlier. Given that Tesla is far ahead of its original plan.

In addition Tesla is doing something unusual for the industry. Companies such as GM or Porsche manufacture dozens of pre-series cars for tests and optimizing their production line. Tesla on the other hand immediately handed over the cars to their employees as first customers. Basically, there are no pre-series vehicles.

Within nine month Tesla has ramped up its production of the Model 3 to 10,000 pieces. On an absolutely new and automated production line, and with all newly hired workers.

Contrast that with GM which has managed to manufacture 1,000 Chevrolet Bolts after nine months. On an existing production line with an experienced team. GM took 15 months to reach the target production numbers. No journalist wrote about that, because it is seen as normal rampup.

To summarize: Tesla has done something with the Model 3 that GM as an experienced car maker has not managed to achieve. To rampup a new production line with new workers within a record time to record numbers.

And that is the main story here.

At last: The Megabonus

We just have heard of the million Euro bonus that Volkswagen-CEO Matthias Müller received. Ten Millions and more because of the record sales, and all that even with the Diesel scandal.

The people are outraged. First, the massive fraud, then showing European customers the middle finger, paying them no damage fee and not even offering the hardware upgrades. And then the massive bonus for management.

On the other side Tesla’s supervisor board agreed to a billion dollar megabonus for Tesla-CEO Elon Musk, which he will only receive then, when the company value increases by a factor of ten in the next ten years. Basically moving from 60 billion dollar today to 650 billion dollars in 2028.

And here it becomes obvious that Tesla is not really understood by many. The company is on the mission to move the world faster to sustainable energy sources. Electric vehicles are just one component. Powerwall, battery factory, charging station network, and solar tiles others.

Are the production- and quarterly numbers now bad? In the classical sense yes, maybe. But for the goals that Tesla is targeting they are totally in line.

I am more worried about the traditional car manufacturers. They are making record profits. But for the future they don’t have anything competitive in preparation that could help them win or even survive the future.